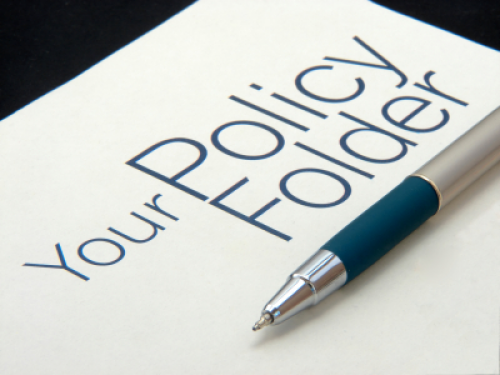 At one of my previous jobs, there was one day when a bunch of us were talking and really cutting up about this, that, and the other thing. We were all feeling pretty chummy with one another when the guy next to me said something insensitive about gay people. Everyone else kept going like nothing had just happened. I was knocked for a loop and became very quiet in my shock.

The same guy noticed I’d gone silent and asked me about it. I exploded about how offensive I felt his statement about gay people was. People around us looked at me like I was suddenly “speaking in tongues.”  He asked if I was gay and if perhaps that was why I was so taken aback. I told him I didn’t see what being gay myself had to do with anything, what he said was still offensive under any circumstances. He came to me later and tried to smooth things over by explaining his pastor at church recently charged them with speaking out publicly about things they see that are wrong. Here’s the jewel, finally.

I said to him “I’m not here to challenge your beliefs about gays, but the bottom line is it is inappropriate and illegal to say something like that out loud at work.” He didn’t have a reply because he knew I was right.

White allies, I offer you this advice when confronted with a similar situation and you’re stuck for words. You feel like you don’t need to start a crusade, but you can’t let that insensitive comment stand and walk away from this conversation with your personal integrity. Remember you always have that in your back pocket—”it’s just not appropriate, and probably even illegal, for you to say that out loud here at work.”

You don’t have to debate the merits of that person’s viewpoint, you don’t have to get into a shouting match, none of that. Just remind that person that this is a place of business and this isn’t about you or them personally. You’ll want to skip the part where I exploded on the guy though. Definitely skip that part.

At another job (yeah, there have been a lot of them) we were in a group training class. The guy next to me was clumsily formulating a thought out loud. Then he said “O.K., I’m just going to say it, Mexicans, I’m talking about Mexicans…” and he went on to say something derogatory that he assumed would be an  agreed upon fact in this group of mostly black people. Again, I was stunned that no one in the room blinked an eye. I let him finish whatever he was saying and raised my hand. I said very calmly (this time) and matter-of-factly “I can’t let that go by, what you just said about Mexicans. It’s just not appropriate to make a generalization like that in a work setting. Besides, white people felt comfortable saying the same thing in public about us not too many years ago and we thought it was wrong then.”

“Ka-pow!” The employee handbook to the rescue again. After I said that, the guy leading the class came behind me and co-signed on what I’d just said.This was his inaugural group as a trainer and I believe he too was caught off guard by the brazenness of the statement. It’s a good thing for the company that I addressed it too. Think about it. I made a space for that inexperienced trainer to come in and clean that up. Had he not, he’d have left the company open to a potential liability.

Those of you who know me personally know that I am one sarcastic so-and-so by nature. At another job, I said something crazy about black people. This time it was a white woman who gave me a dressing down. She had a black husband and black son, and let me know in no uncertain terms that she was not having any part of what I’d just said. I explained that I was just being sarcastic and didn’t mean any real harm. That wasn’t good enough for her. We were at work, in mixed company, and it just wasn’t all right with her for me to say something like that out loud even if I was black myself. I apologized. She had me dead to rights, no matter how funny or harmless I perceived myself to be.

I remember another white friend of mine telling me that she overheard two young black guys casually trading the word “niggah” at work. She said something about it to the “powers that be”, and the young men were reprimanded. The central theme here again folks: just not appropriate at work. Use that. You don’t have to be a crusader, you don’t have to go to the legal department and sign a formal complaint, you don’t even have to be a part of the group the unsuitable comment was directed towards.